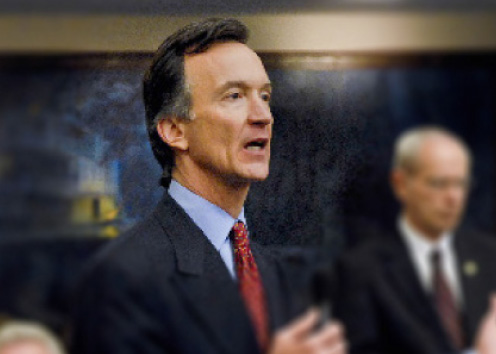 GradyLaw’s founder is Tom Grady, a lawyer, private investor, entrepreneur, philanthropist and educator. He is the Chairman of the Florida State Board of Education, Chairman of Quest for Success and Chief Investment Strategist for PureAssets Management Co. (a family office). Grady previously served as Commissioner of the Florida Office of Financial Regulation (Florida’s banking, securities and finance regulator), President of Citizens Property Insurance Corporation (one of the largest property and casualty insurance companies in the world), member of the Florida House of Representatives and trustee on the Board of Trustees for Florida Gulf Coast University.

As a lawyer and mediator, Tom’s practice focuses on the resolution of disputes within, and the creation of solutions for, financial industry participants. Issues include corporate governance, risk analysis and management, disclosure, accountability and transparency obligations, investment risk and return analysis, investment policy (public and private sector), and municipal bond issuance, insurance and arbitrage. Clients include private and public pension funds, investment companies and Florida constitutional officers and agencies.

In addition, Tom’s legal expertise has been complemented by continuous real world participation in the financial sector. For example, while still in college, Tom was an agent for a national mutual insurance company. Later, he formed, owned and managed a general securities broker/dealer with federal and multi-state general securities principal and agent licenses (Series 7, 24 and 63). Grady also manages an investment portfolio of securities issued by commercial and investment banks, insurance companies, private equity firms, investment advisors, broker/dealers and other financial institutions, drawing on expertise gathered from his prior service on the board of directors of a de novo national bank and as a chief executive and regulator in the financial community.

Tom has demonstrated civic leadership and maintains strong relationships with elected and opinion leaders throughout Florida. He has served on gubernatorial and attorney general transition teams and advised statewide officials on financial issues including financial regulation, catastrophic risk transfer and public pension reform.

In 2008, with broad public support, Tom was elected without opposition to state office, serving coastal Collier County (District 76) in the Florida House of Representatives. He successfully sponsored legislation sought by the Florida Office of Financial Regulation in the areas of securities regulation, international banking and finance and, as sought by the Attorney General, consumer finance. In addition, Tom successfully sponsored “Florida’s Equal Opportunity in Education Act,” providing access to charter schools. Tom also sponsored legislation to reform the Florida Retirement System and, separately (with the support of the Florida Banker’s Association), to streamline the mortgage foreclosure process in order to clear the housing market and restore economic health to Florida.

Representative Grady’s committee service included appointments by the Speaker of the House as Vice Chairman of the Insurance, Business & Financial Affairs Policy Committee and as a member of the Finance and Tax Council, the Civil Justice & Courts Policy Committee, the Economic Development Policy Committee and the PreK-12 Appropriations Committee. As an insurance committee chair, Grady presided over key insurance issues including the Florida Hurricane Catastrophe Fund and Citizens Property Insurance Corporation (Citizens). Legislation from that term serves today as the framework for Citizens’ return to the insurer of last resort. Tom continues to maintain strong relationships with his legislative colleagues, including leadership in both the House and Senate.

From headquarters in Tallahassee and offices around the state, Commissioner Grady led an agency responsible for the regulation and support of banks, credit unions, investment advisors, broker/dealers, mortgage bankers and other financial institutions. This position demanded action to meet the goals of the Financial Services Commission and the Florida Legislature during a period of significant upheaval and recovery in the financial industry.

In 2012, Commissioner Grady resigned from the OFR in order to accept an offer from the Citizens Board of Governors to serve as its Interim President and CEO. At its inception, Citizens was designed as Florida’s insurer of last resort. By 2012, however, it had become the insurer of first resort due to price controls imposed in 2007. As a result, Florida’s financial exposure exploded. Citizens was described in the national media in 2012 as “Florida’s largest financial liability” and “one of the nation’s most troubled residual market insurers.”

As Citizens’ Interim President, Tom quickly sought input (internally and externally) and developed options for the Financial Service’s Commissioner’s and the Board’s consideration and, importantly, action. On its then current trajectory, Citizens was on track to control 50% of the homeowners insurance market in Florida by 2017. Grady changed that trajectory, and by 2014, Citizens’ financial exposure (as measured by Citizens’ policy count) had shrunk by almost one-third. Similarly, Citizens’ claims expense (Citizens largest single expense by far) has declined significantly as a result of the implementation of Tom’s plan to challenge and arrest a mass tort nightmare of sinkhole claims – a $500 million per year problem in 2012. Florida’s financial exposure to Citizens is declining, and its policyholders will benefit from lowered premiums and higher reserves, and Florida’s taxpayers will benefit as Florida maintains its financial health and AAA credit rating.

GradyLaw is paid for action and results – not process and delay. In securities litigation, arbitration or financial and risk management consulting, its interests are aligned with yours. It is this aligned focus, combined with the firm’s passion, energy, creativity and financial resources, that increase your likelihood of success.